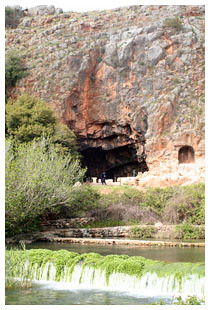 In the center of the Rock of the Gods is a huge cave, from which a stream flowed (after 19th century earthquakes, the stream began flowing out from the rock beneath the mouth of the cave). ... In the open-air Pan Shrine, next to the cave mouth, there was a large niche, in which a statue of Pan (a half-goat, half-human creature) stood, with a large erect phallus, worshipped for its fertility properties. Surrounding him in the wall were many smaller niches, in which were statues of his attending nymphs. On the shrine in front of these niches, worshippers of Pan would congregate and partake in bizarre sexual rites, including copulation with goats – worshipped for their relationship to Pan. - (http://www.fishingtheabyss.com/archives/44) “Why context is important – the lesson of Caesarea Philippi”] (June 2021: no longer posted) 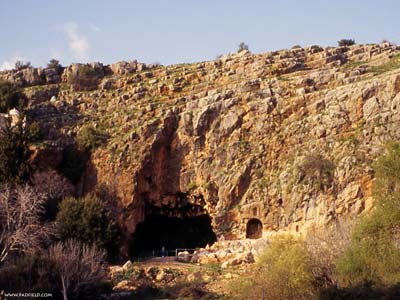 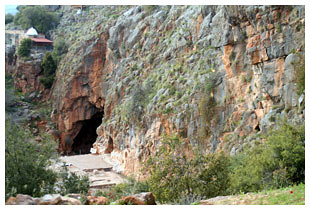 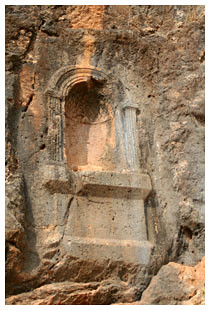